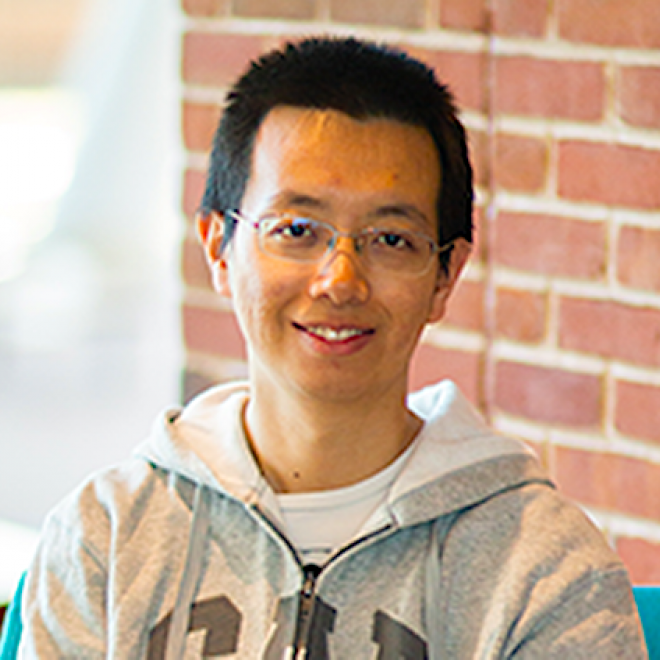 A former graduate student in the Joint Center for Quantum Information and Computer Science (QuICS) has been recognized for excellence in his academic work that is focused on the theoretical side of quantum simulation.

Yuan Su, who graduated with a Ph.D. in computer science in Spring 2020, is one of only two students to receive the Larry S. Davis Doctoral Dissertation Award this year.

The annual award recognizes outstanding doctoral dissertations in the Department of Computer Science that convey excellence in their technical depth, significance, potential impact, and presentation quality.

The award is named for Larry Davis, a Distinguished University Professor of computer science who served as chair of the department from 1999–2012. Davis was also the founding director of the University of Maryland Institute for Advanced Computer Studies (UMIACS), providing leadership for the institute from 1985–1994.

Su is currently working as a postdoctoral scholar research associate at the California Institute of Technology.

His doctoral thesis, “Algorithms for Quantum Simulation: Design, Analysis, Implementation, and Application,” presents a comprehensive view on understanding and optimizing the performance of quantum algorithms for simulating quantum physics.

Through his work in QuICS and other opportunities that included a 2019 Google Ph.D. Fellowship, Su has become one of the leading experts on quantum algorithms for simulating Hamiltonian dynamics, says Andrew Childs, a professor of computer science and co-director of QuICS.

“Yuan was impressively productive during his graduate studies, and his work has been both influential and technically strong,” says Childs, who was Su’s academic adviser during his five years at Maryland. “His doctoral thesis is a tour de force that presents some truly remarkable contributions.”

In recommending Su for the dissertation award, Childs noted some of Su’s research activities in QuICS.

This included Su collaborating on an extensive study of concrete resource estimates for digital quantum simulation algorithms, aiming to find a task that would be infeasible classically, but that requires the fewest resources to solve with a quantum computer.

Su subsequently presented a talk on this work at QIP 2018, and a journal paper was published in the Proceedings of the National Academy of Sciences and highlighted in a news piece in Nature Physics.

Su worked on several other topics during his time at Maryland, Childs adds, including collaboration with John Watrous of the University of Waterloo on the quantum strategy formalism, improved bounds on the T gate complexity of the quantum Fourier transform, and work on magic state distillation that was presented at QIP 2020.

“Yuan is a promising, highly motivated researcher with powerful technical skills and broad knowledge of quantum information,” Childs says. “I’m excited to see what he accomplishes as he moves forward in his scientific career.”