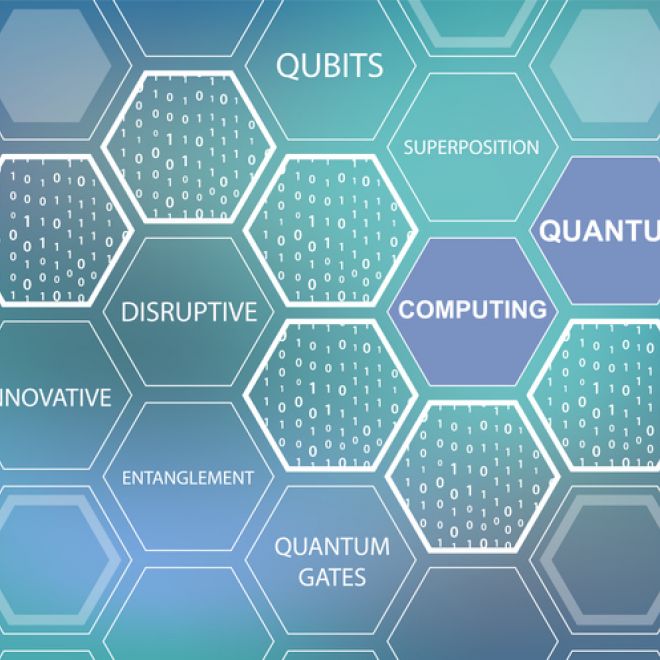 Two Fellows of the Joint Center for Quantum Information and Computer Science (QuICS) have been awarded grants totaling more than $3.8 million from the U.S. Department of Energy (DOE). The two awards, both of which are parts of larger, multi-institution DOE projects, will fund research into quantum algorithms and novel techniques for mitigating the effects of noise in quantum computers—devices that promise speedier solutions to many special-purpose problems.

“Over the past several years, DOE has become a major supporter of quantum computing research,” says QuICS co-director Andrew Childs, a professor of computer science who is a principal investigator on one of the new five-year grants. “By covering a broad range of topics across the entire quantum computing stack, their support is helping to lay the groundwork for quantum computers to become practical devices.”
Under the umbrella of the larger Fundamental Algorithmic Research for Quantum Computing (FAR-QC) collaboration, Childs will focus on studying algorithms for quantum simulation—using quantum computers to simulate the physical world. Because quantum computers operate by the rules of quantum physics, they are uniquely suited to simulate the dynamics of many interacting quantum particles—a prohibitively lengthy endeavor even on the best modern computers. The FAR-QC project will build upon the results and collaboration of an earlier DOE grant that involved many of the same institutions and researchers, including QuICS and Childs.
The second new grant, which is part of the DOE’s TEAM project, which stand for Tough Errors Are No Match, will be led by QuICS Fellow and assistant professor of computer science Xiaodi Wu. The project hopes to improve the toolkit available for quantum compilers—the software that turns a generic list of quantum instructions into physically realizable ones—so that quantum hardware can be more robust to noisy components. Wu’s work will investigate how techniques from classical programming languages might lead to noise-resistant outputs from quantum compilers.
The two new grants come on the heels of a $4.5 million DOE award last year involving the same two Fellows—as well as other researchers on campus—that aims to develop reliable ways of running algorithms on quantum processors that already exist or may soon be built. That grant is funded by the DOE’s Quantum Testbed Pathfinder program.
Childs is also the principal investigator on last year’s award, which is called Efficient and Reliable Mapping of Quantum Computations onto Realistic Architectures. Childs says the project, which includes Wu, will develop software to implement abstract quantum algorithms as efficiently as possible, taking into account the physical limits of real-world quantum computer architectures.
Childs and Wu are joined on the project by Alexey Gorshkov, a QuICS and Joint Quantum Institute Fellow and adjunct assistant professor of physics, as well as computer science professor Michael Hicks and Basili Postdoctoral Fellow in computer science Robert Rand.
“One central problem in quantum computing is the implementation of useful quantum applications on realistic machines,” says Wu. “The research in all three of these DOE projects will investigate that problem, synergizing results from the theoretical design of quantum algorithms, the mapping of these designs onto realistic machines, and the development of techniques to mitigate the effect of noise—a prominent challenge in building quantum computers.”
Childs, Hicks and Wu all have appointments in the University of Maryland Institute for Advanced Computer Studies (UMIACS).
—Story by Chris Cesare