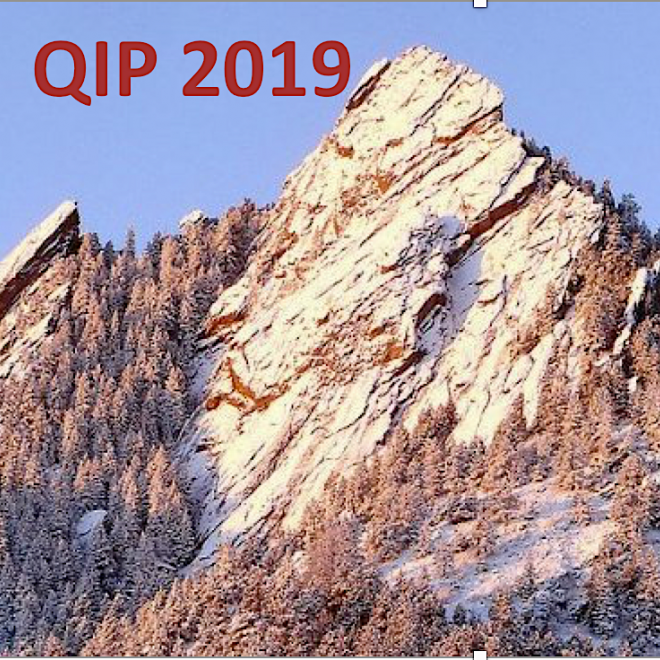 This year’s meeting is the 22nd installment of QIP, and features talks and poster presentations from many of the world’s leading researchers in theoretical quantum information. The conference runs from Jan. 14–18 at the University of Colorado Boulder.

“Less than five years since QuICS was launched, the center already has a tradition of consistently producing research results that are featured in the top venues in the field,” says Andrew Childs, a professor of computer science and co-director of QuICS.

Childs, one of numerous QuICS researchers with a paper accepted, adds that “[QuICS] can be especially proud of the diversity of top research going on here, from quantum Shannon theory to quantum algorithms and complexity to quantum information as a lens on basic physics.”

Their paper describes how to use a quantum computer to achieve a quadratic speedup over the leading classical algorithm, and it also proves a lower bound on the minimum number of steps that any quantum algorithm would need to take to solve convex optimization problems in general.

Their conference talk will combine the QuICS work with related work from a group at QuSoft in the Netherlands.

Xin Wang, one of two new QuICS Hartree Postdoctoral Fellows, also had joint work accepted that focused on calculating the amount of entanglement it takes to prepare a quantum state or implement a quantum channel.

“This work solves a question that has remained open since the inception of entanglement theory over two decades ago,” Wang says. It answers that question in the affirmative by introducing the first measure of quantum entanglement that is both efficiently computable and operationally meaningful.

Over the past year, many researchers have worked to find useful tasks for the small, noisy quantum computers that are becoming more readily available, both commercially and in the lab. “Ultimately we want to use quantum computers to solve hard problems, but most quantum programs cannot be run on current or near-term quantum computers because the devices are too error-prone,” says Brian Swingle, an assistant professor of physics and QuICS Fellow who also had a paper accepted at QIP.

Together with a coauthor, Swingle proposed a method for studying interacting quantum many-body systems that makes natural use of quantum computers and, to a degree, resists errors. “Our quantum programs are good candidates for use on near-term quantum devices and may yield results that advance our understanding of physics,” Swingle says.

Several other papers with current and recent QuICS coauthors (bolded below) were accepted for talks at QIP.