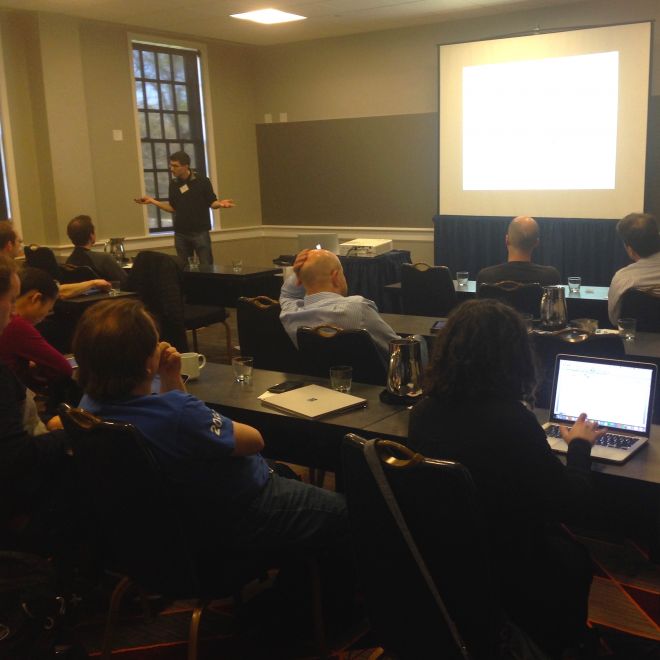 The Joint Center for Quantum Information and Computer Science (QuICS) recently hosted more than 30 experts from a Canadian research organization for a series of talks and discussions focused on advancing the field of quantum information science.

Researchers from the Canadian Institute for Advanced Research (CIFAR) spent three days (April 4–6) in College Park listening to presentations from QuICS Fellows and other quantum experts, touring several quantum computing labs, and meeting with QuICS postdocs and graduate students at a poster session.

“This workshop was a great opportunity for QuICS researchers to interact with other experts on many of the scientific challenges that interest us,” says Andrew Childs, associate professor of computer science and co-director of QuICS. “It also gave us a chance to showcase some of the work going on at QuICS and to build ties with the Canadian quantum information community.”

CIFAR was founded in 1982 and includes almost 350 researchers from 17 countries, including 18 Nobel Laureates.

“CIFAR was established to connect people from diverse scientific backgrounds, and then find common ground on which to communicate to solve complex problems. This visit was a great example of that happening,” says Raymond Laflamme, a Canadian physicist who is the co-founder and current director of the Institute for Quantum Computing at the University of Waterloo.