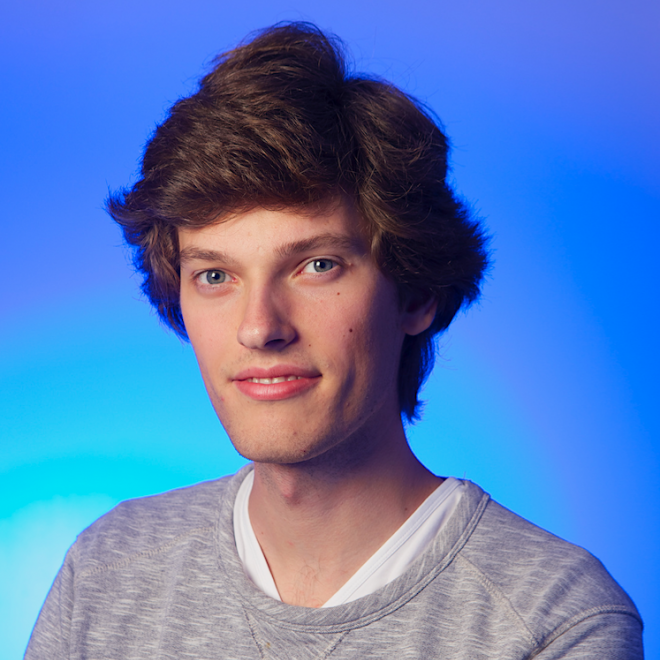 A graduate student in the Joint Center for Quantum Information and Computer Science (QuICS) has won a coveted IBM Ph.D. Fellowship that will help support his research in developing new methods to route quantum information more efficiently.

Eddie Schoute, a fourth-year doctoral student in computer science, was one of 24 students worldwide to receive an IBM Ph.D. Fellowship this year. The fellowship—designed to provide strong support for doctoral students focused on solving problems important to IBM—offers a stipend, education allowance and mentoring from a senior IBM researcher.

Schoute’s current research is focused on a topic called quantum routing. Working with other researchers in QuICS, Schoute is exploring how quantum information can be moved around a system and how such protocols can be used to efficiently carry out quantum computations using realistic quantum computer architectures.

Schoute has been a key contributor to this project, using a mix of numerical and analytical investigations to develop an improved understanding of the possibilities of quantum routing, says Andrew Childs, a professor of computer science and co-director of QuICS.

“Eddie’s  mathematical skills, expertise in quantum information, and practical software development experience make him well positioned to contribute toward advances in the design and implementation of tools for realistic quantum processors,” says Childs, who is currently serving as Schoute’s academic adviser.

Schoute’s research sheds light on the resource requirements for early quantum computers to solve practical problems that are beyond the reach of classical computers. He has developed fast, efficient methods for performing quantum computations in restricted architectures, which can be used both for evaluating the associated costs and for the eventual deployment of quantum computers.

Schoute’s work has already intersected with quantum computing work at IBM. The circuit mapping tool that he helped to develop interfaces with Qiskit, IBM’s open-source framework for quantum computing software.

This tool was released as an open-source project, and a paper describing the theoretical ideas together with performance benchmarks appeared in the proceedings of TQC 2019.

Schoute says he is grateful for the mentorship and support he has received at QuICS. “I’ve been fortunate to work with faculty and students from diverse social and scientific backgrounds as we explore the field of quantum information science,” he says. “It’s often difficult subject matter, but everyone here has been very helpful.”

He adds that he is looking forward to working with researchers at IBM. “I hope to collaborate on theoretical and engineering challenges between quantum software and hardware. Unlike common computers, these two are still separated by hard problems that will require a cross-disciplinary approach to solve.”