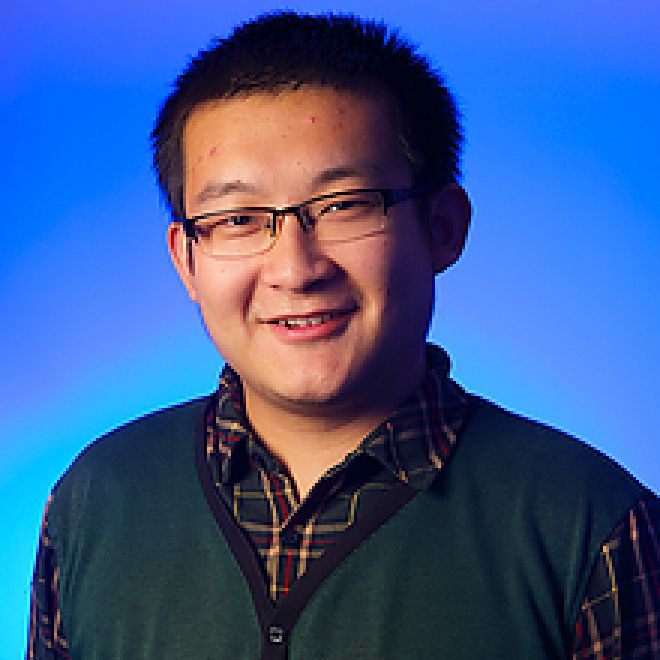 This news item was adapted from an article published by the University of Maryland’s Department of Computer Science.

Tongyang Li, a third-year doctoral student in computer science working in the Joint Center for Quantum Information and Computer Science (QuICS), has been named a 2018 recipient of an IBM Ph.D. Fellowship Award.

Li was one of only 18 doctoral candidates worldwide to receive the prestigious fellowship, which provides a stipend, education allowance and mentoring from a senior IBM researcher. The program is designed to provide strong support for doctoral students that have an interest in solving problems important to IBM and that are fundamental to innovation.

Li’s research focuses upon theory aspects of quantum computing, including quantum machine learning and optimization. He has already published several papers on quantum query complexity and quantum algorithms, including “Efficient Simulations of sparse Markovian quantum dynamics” that he co-authored with his adviser, Andrew Childs, a professor of computer science and co-director of QuICS.

Li credits Childs’s research and reputation for working with graduate students for his decision to study quantum computing at the University of Maryland.

“Working with Andrew is fantastic,” Li says. “I decided to come to Maryland as he is one of the top scientists in the field.”

Li also commended Childs's ability to converse well and easily with graduate students about all aspects of quantum computing—from broad, high-level, concepts in the field to specific technical details.

As part of the IBM fellowship, Li plans to work this summer with David Gosset, a researcher and manager of the theory of quantum algorithms group at IBM’s T.J. Watson Research Center in Yorktown Height, New York.

Li says he enjoys working in an interdisciplinary field, and has noted that working with physicists and mathematicians in the Joint Quantum Institute (JQI) and in QuICS has allowed him to gain a broader understanding of quantum computing and quantum information science.

“JQI and QuICS have allowed me to interact with others in reading groups and seminars, and this is very valuable,” Li says. “Computer science is often at the center of current technology, but it is also important to focus on [other disciplines] and contribute to other fields.”

Childs says he expects the interdisciplinary work-ethic of Li to be of benefit to the young researcher as he moves forward in the field.

“Tongyang is an impressively independent student who has already cultivated collaborations across QuICS and with many researchers at other institutions,” Childs says. “His internship at IBM will be a great opportunity for him to engage with one of the leading quantum information groups and to broaden his perspective on the field.”