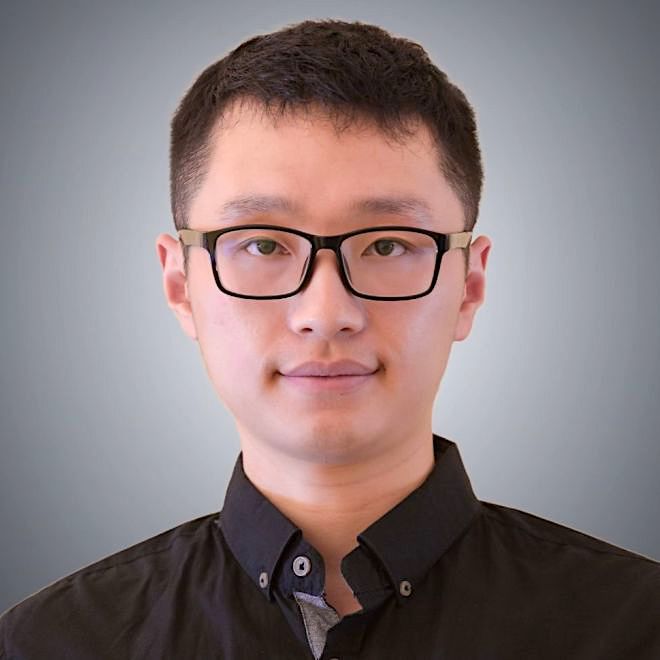 For Xin Wang, who arrived last fall as a Hartree Postdoctoral Fellow at the Joint Center for Quantum Information and Computer Science (QuICS), the road to studying quantum information had some early bumps.

A strong math student who skipped a grade in middle school, Wang was placed in an unconventional major as an undergraduate at Sichuan University in China.

“When I first entered, my major was museology—kind of a mix of archaeology and historical preservation,” he says.

These early classes were interesting, Wang says, but didn’t quite suit his tastes.

“I stayed in it for one month and then attended three rounds of exams to get into the honors program,” he says.

Having gained admission to honors, Wang was then able to pick his own major. He chose math.

Flash forward to today, and Wang—who grew up outside of Shanghai in the city of Changzhou—now brings his passion for math to the field of quantum information science at QuICS.

“There are very diverse research directions here, and I want to do something different from my previous study,” Wang says. “I want to learn more about quantum computing and quantum programming languages—and also quantum gravity.”

He recently presented his research at QIP 2019, the premier conference for theoretical quantum information research. The paper he co-authored focused on calculating the amount of entanglement it takes to prepare a quantum state, or implement a quantum channel. (Go here to see a video of Wang’s presentation.)

Wang’s interest in quantum began while he was still an undergraduate. Wishing to learn more about the field, he reached out to Runyao Duan, director of the Centre for Quantum Software and Information at the University of Technology Sydney. (Note: Duan is currently on extended leave from UTS and is serving as director of the Baidu Quantum Institute.)

Duan, who eventually became Wang’s Ph.D. supervisor, pointed the precocious student toward research papers that the two had discussed over emails and phone calls. Eventually, Duan proposed that Wang tackle an open problem in the field of quantum communication for his undergraduate thesis.

“He inspired me a lot,” Wang says of Duan. “I was affected by his passion and motivation.”

Even with this support, however, Wang was unable to solve the quantum communication problem quickly.

The complexity of the problem had to do with how much perfect information can be sent over quantum channels—something akin to a phone line for two parties trying to exchange information. In the late 1970s, the Hungarian mathematician László Lovász showed that the zero-error capacity of a classical channel was bounded by a particular number (known as the Lovász number).

Duan, with several co-authors, extended this work to quantum channels, but they were unable to prove that theirquantum version of the Lovász number was equal to the capacity ofa quantum channel. It was still unsolved when Wang attempted to find a solution as part of his undergraduate thesis.

“I spent the first two years trying to prove that the conjecture was true,” Wang recalls.

In the end, he found a counterexample that proved the conjecture false by discovering a particular quantum channel whose capacity was strictly less than the quantum Lovász number.

“The counterexample is kind of superficial,” he says, “but many of the methods I used to try and prove the conjecture ended up being useful for other researchin quantum information.”

Wang, again working with Duan, solved another open problem as a graduate student, this one having to do with entanglement—a quantum connection between particles that is a key resource for quantum computation and communication tasks. As a resource, entanglement can be distilled or diluted, much like water. But it was an open question whether or not these two processes could chain together without degrading the available entanglement under certain powerful quantum operations.

Wang and Duan showed that this kind of entanglement manipulation was irreversible in a general setting via optimization theory, resolving a fundamental problem on a list of open problems in quantum information.

Wang completed his Ph.D. in 2018, and his dissertation was selected as one of the best among all graduating students at UTS. Now a Hartree Fellow at QuICS, Wang is excited for the opportunities afforded by his new position.

“The researchers here are very good and the students work very hard,” Wang says. “I like this position because it gives me freedom to collaborate with the top researchers at QuICS, and I also receive travel funding to visit other researchers in the United States.”

QuICS offers two-year Hartree Fellowships to exceptional candidates interested in quantum information science and quantum computing. The fellowship is named for Douglas Hartree, a scientist at the National Institute of Standards and Technology in the mid-1900s who made substantial contributions to physics and computer science.