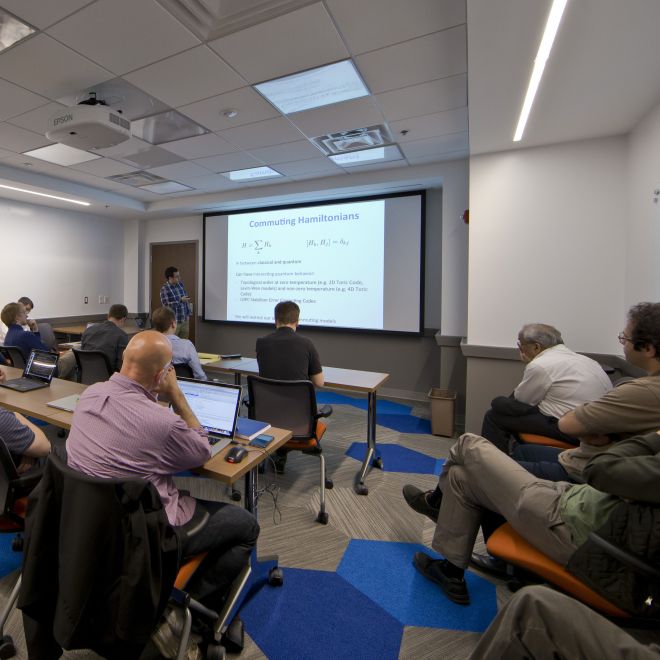 Fermionic Linear Optics (FLO) is a restricted model of quantum computation which in its original form is known to be efficiently classically simulable. We show that, when initialized with suitable input states, FLO circuits can be used to demonstrate quantum computational advantage with strong hardness guarantees. Based on this, we propose a quantum advantage scheme which is a fermionic analogue of Boson Sampling: Fermion Sampling with magic input states.
We consider in parallel two classes of circuits: particle-number conserving (passive) FLO and active FLO that preserves only fermionic parity and is closely related to Matchgate circuits introduced by Valiant. Mathematically, these classes of circuits can be understood as fermionic representations of the Lie groups U(d) and SO(2d). This observation allows us to prove our main technical results. We first show anticoncentration for probabilities in random FLO circuits of both kind. Moreover, we prove robust average-case hardness of computation of probabilities. To achieve this, we adapt the worst-to-average-case reduction based on Cayley transform, introduced recently by Movassagh, to representations of low-dimensional Lie groups. Taken together, these findings provide hardness guarantees comparable to the paradigm of Random Circuit Sampling.

Importantly, our scheme has also a potential for experimental realization. Both passive and active FLO circuits are relevant for quantum chemistry and many-body physics and have been already implemented in proof-of-principle experiments with superconducting qubit architectures. Preparation of the desired quantum input states can be obtained by a simple quantum circuit acting independently on disjoint blocks of four qubits and using 3 entangling gates per block. We also argue that due to the structured nature of FLO circuits, they can be efficiently certified.

This talk is part of the IQC-QuICS Math and Computer Science Seminar.