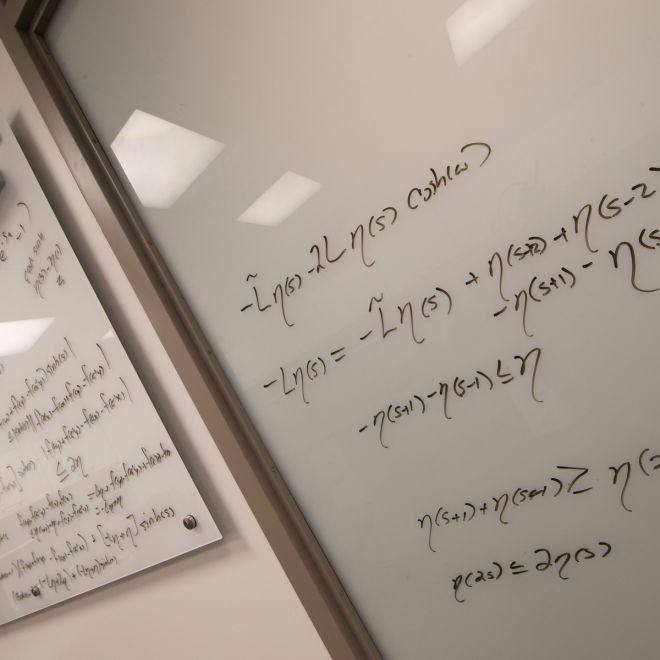 In this work we explore the energy spectrum of a superconducting circuit consisting of a single fluxonium atom coupled to a long section of 1-D transmission line. Owing to the strong anharmonicity of the fluxonium we uncover a new many-body effect, dressing of photons by photons. Specifically, fluxonium's local non-linearity leads to hybridization between one-photon states and nearly resonant multi-photon states.  Accounting for this effect requires deriving the correct multi-mode light matter coupling model of our circuit. We formulate the right model derived from circuit theory, taking into account subtleties related to gauge-invariance and apparent divergence of physical observables. In particular, gauge invariance is generally lost after truncating the Hilbert space, which is inevitable for approximate calculation for multi-mode systems, this can lead to unphysical results. This problem can be largely ignored in the case of weakly anharmonic transmon atom, which can be treated using a classical impedance formalism. Yet in the case of atoms with strong anharmonicity, such as ours,  the choice of gauge is crucial and Hamiltonian parameters vary dramatically from gauge to gauge. For example, in the commonly used gauge where the coupling is expressed in terms of the flux variable (flux gauge), the coupling constants grow with energy and the parameters of the atom depend on the number of transmission line modes used in calculation. In this case the high-energy truncation cannot be obviously justified. On the other hand when the coupling between the atom and transmission line modes is expressed in terms of charge variable (charge gauge), the atom parameters are not renormalized and the coupling constants drop to zero at high energies. We refer to this property as asymptotic freedom, which justifies the high-energy truncation. The resulting light-matter model strongly deviates from the standard Ohmic bath. In fact, in our truncation-friendly light matter coupling model, the couplings grow at low energies, and their values are in excellent agreement with the multi-photon spectroscopy data.